Hi, my newest film, the feature, Seaside, is out now! Seaside is moody revenge thriller set on the Oregon Coast starring Tony Nominee Ariana DeBose (The Donna Summer Story, Hamilton), is out now. You can watch it here. Or follow us on Facebook and Instagram to learn more. I am also currently developing multiple projects for film and television.

As a photographer, I recently participated in a group show, Center Forward, at the Center for Fine Art Photography, in Fort Collins, CO, with a photograph from a new series about the Fire Island Meat Rack. And will take part in the portfolio reviews at the Review Santa Fe Photo Festival later this year.

I also have directed on the true crime shows, Discovery ID’s Emmy Award-winning, A Crime to Remember and I,Witness. My previous short film, How To Make It To The Promised Land, about a girl at Jewish summer camp who has to play a Holocaust role-play “game,” premiered on Short of the Week and then was selected Short of the Month for the San Francisco Jewish Film Festival. It won a Jerome Foundation production grant, was completed through a Kickstarter campaign which raised over $20,000, and was featured on Heeb.com and Tabletmag.net. You can like it on Facebook here. I also directed and produced the webseries, The Go-Getters, starring Clea Lewis and Joey Slotnick.

For my psychological horror film, You Belong To Me, distributed by Wolfe Releasing, I was shortlisted for the Independent Spirit Award’s “Someone to Watch Award.” Variety liked it too. You can watch it here, on Amazon.com, or on Netflix in the United States or on DVD in Australia, Canada, and many European countries.

I also teach screenwriting at Spalding University’s low residency MFA in writing in Louisville, KY and do script consulting. Previously I’ve taught at Bennington College, NYU Tisch, NY Film Academy, Makor/92nd Y and Tec de Monterey (Querétaro, Mexico). I have enjoyed residencies at the MacDowell Colony and Fundación Valparaiso and I earn my BA in art from Yale and my MFA from NYU’s Tisch School of Arts. 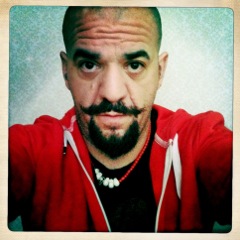